This web site serves up some essential web cookies. Find out more or click 'Got it!' to be rid of this message.
Got it!

Get In Touch
Join us
No Commitment
First season free

Gridiron is a game in which people run fictional football teams made up of fictional football players. The Gridiron 3.0 game and its websites are a hobby run by two guys in their spare time. It's all intended to be fun. These are not real teams or real leagues. Any resemblance to actual persons, living or dead, or actual events or organisations is purely coincidental. Tell Me More 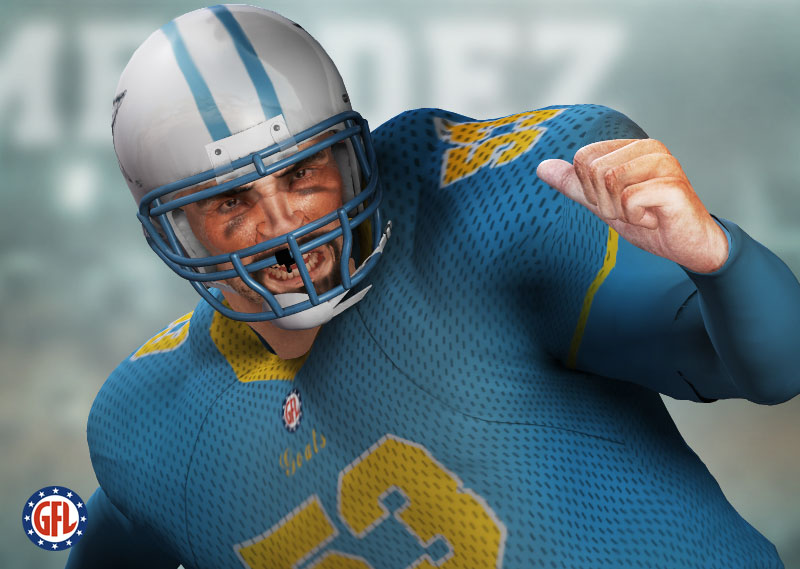 Trading is, for many coaches, one of the most enjoyable aspects of the game. It's all about negotiation and the art of the deal. Even during the game's off-season, trading ensures that there is never a dull moment.


One of my favourite trades occurred during the Season 14 preseason. My Mendez Goats were still smarting from a four point Superbowl defeat to the Rhynd Wraiths. We were at a fork in the road. The team was good and the championship window was still open.
Read More


I like to run a 4-3 defense that leans heavily on the talents of its middle linebacker (MLB). My best inside linebacker (Raefer Allston) was still a solid player, but Father Time had started to catch up. I needed an upgrade. As it happened, a star MLB - Alonso - had been posted by the coach of the Ventura Wildcats. Although Alonso was a two time probowler and Ventura's Season 12 MVP, the Wildcats coach figured his team was not going to be competitive in the short term. He was looking to move his star defender for younger talent he could develop for the future.

I told the Wildcats coach of my interest early in the trade window and the dance began. Who knew how many dance partners he had simultaneously? Round and round we went. Pieces were added, trial balloons were sent up, but we did not seem close to an agreement. A rookie Safety the Wildcats liked moved out in a separate deal, and I wondered if I really had enough left to interest him.

Finally, the trade deadline was upon us. A day of furious activity it can sometimes be. I wasn't sure if the Wildcats coach was even available for discussion, but I put together my best offer. Future 1st and 2nd round draft selections and a rookie linebacker I acquired in the fourth round of that year's draft. Given Alonso's relative maturity and the possibility that age might cause his skills to decline rapidly in future off-seasons, it felt like a King's ransom. But I was in love with a vision of how Alonso would perfect my Defense and it was worth the risk. The Wildcats coach was indeed still in the pocket and working the phones. He greenlighted the deal with a "Go on Coach Moore, you old Smoothie, you've twisted my arm" crack, and the papers were off to the League office just before the shutters came down!

What a wonderful adrenaline rush. Alonso did not disappoint and was well worth the price paid. In addition to three more Probowls in a Goats helmet, he would help lead us to the S14 and S15 Superbowls (winning the season 14 Bowl the year he arrived). Only a catastrophic injury the week before the S16 NFC Championship game kept him about of another Bowl game. Trades don't always work out quite so well, but when they do they can be transformational.
Gridiron Masterclasses are insights into the game from top coaches.
Image: Alonso (Mendez)
"Be the coach of your own American football team. Everything that entails you'll find in Gridiron and more"
Mark, Gridiron Head Coach
"Is this game for you? If you love American Football and want to be part of a great community, then yes it is"
Chris, Gridiron Head Coach
"The friendships you gain from people around the world are phenomenal"
Ben, Gridiron Head Coach
"Gridiron3 is the best management sim out there"
Dave, Gridiron Head Coach
"This game is incredibly challenging, frustrating and compelling and definitely for you if your mindset is that you will do until you succeed"
Jon, Gridiron Head Coach
"Someone will always reply whether the message is good, bad, funny, or just plain advice"
Paul, Gridiron Head Coach
Read More Testimonials